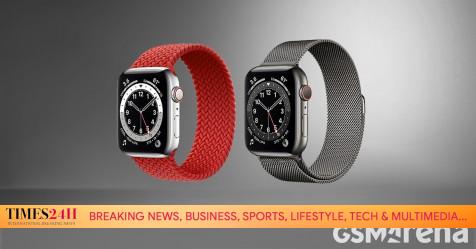 According to the last Counterpoint search report on smartwatch shipments between October and December 2020, Apple is still the clear leader in the segment. The market saw a 1.5% increase in total shipments compared to the same period in 2019, with Apple alone accounting for 40% of the overall pie. Samsung came in second with a 10% market share, followed by Huawei with 8%. Fitbit (7%) and the BBK Group (6%) rounded off the top five smartwatch brands.

The new report states that the Apple Watch Series 6 and Watch SE totaled 12.9 million sales in the last quarter of 2020. Samsung had a strong performance from its Galaxy Watch3 while Huawei (and Honor) had the most strong annual growth for all brands. .

Last month, Apple broke the 100 million mark for its Apple Watch shipments. According to Counterpoint, the global smartwatch market is seeing an increase in the average selling price (ASP) of brands like Apple, Samsung and Huawei. This trend is expected to continue in 2021.