Apple Music Spatial Audio is Getting Dynamic Head Tracking Feature in Fall — What Does it Do?

Apple Music just rolled out Lossless Compression and Spatial Audio on WWDC, but another feature is coming this fall. Dynamic Head Tracking will add to the Dolby-powered technology. 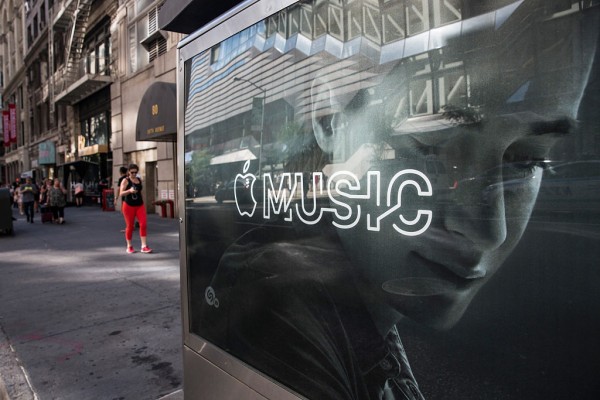 (Photo : by Andrew Burton/Getty Images)
NEW YORK, NY – AUGUST 07: An advertisement for Apple Music is posted on the streets of Manhattan on August 7, 2015 in New York City. After launching in June Apple announced it has attracted 11 million users during its trial period.

The Vice President of Apple Music and Beats, Oliver Schusser told Cult of Mac that the Dolby Atmos-powered spatial audio will make it seem like music is coming from “all around you.”

The aforementioned feature was primarily for movies to mimic a cinematic experience. It gives an immersive experience of blockbuster films.

However, this time around, Apple will be using the said technology in its library of songs. Unfortunately, not all tracks are going to get the Dolby remastered version at first. Schusser teased that artists such as Maroon 5, The Weeknd, and Ariana Grande will feature Spatial Audio.

In hindsight, the Cupertino giant first confirmed that Spatial Audio will soon be available to Apple Music on May 17. And later on, it was officially announced to release on the same day as the WWDC.

Now that the new feature has officially started popping out from the apps of Apple Music users, an Apple support document is introducing Dynamic Head Tracking. Apple described the new feature in such a way that “it brings music to life by delivering sound that dynamically adjusts as you turn your head.”

The support page added that it will be available for AirPods Pro and AirPods Max as long as it is paired with an iPhone or iPad that supports the feature.

MacRumors further said that Dynamic Head Tracking, in its current iteration, is already available when watching a video on compatible devices and accessories.

Currently, it works with a gyroscope and accelerometer from Apple’s headphones and devices. Then, it will be tracking the movement of a user’s head. With that, if the listener faces a different direction, the audio will still be anchored on where the device is.

However, Mac Rumors added that it is still unclear how the technology will apply in music – sans the video. Although it suggests that it could attempt to mimic a live gig, wherein there is a stage in front.

Read Also: Spotify vs. Apple Music vs. YouTube Music: Which Is the Best Music Streaming Service For You?

So far, what is known is Apple Music users will be getting the intriguing new feature to add up to the existing Spatial Audio. It will start rolling out in the fall — perhaps alongside the debut of iOS 15.