Apple has announced the macOS Monterey at the Worldwide Developer’s Conference 2021, just like it did with the previous operating system, the Big Sur.

This is a massive development for Apple, especially as the company does not usually hold announcement events not until near its release date. The latest macOS 12, a.k.a. the “Monterey,” will have loads of features, including that erasing its drives. Why is this important with Apple? Primarily, because the macOS Big Sur does not allow formatting or erasing the drives and without a replacement operating system to be installed. With the macOS Monterey, it would be a different case, and it could potentially allow installing older versions of the Mac or give it Windows operating system or Linux’s OS.

Moreover, Apple’s WWDC 2021 has announced boatloads of new software and developments within the company, and it includes the iOS 15, the WatchOS 8, tvOS 15, and the macOS 12. These announcements are significant because it sometimes gives a hint about the upcoming hardware it would bring, intended for later this year. 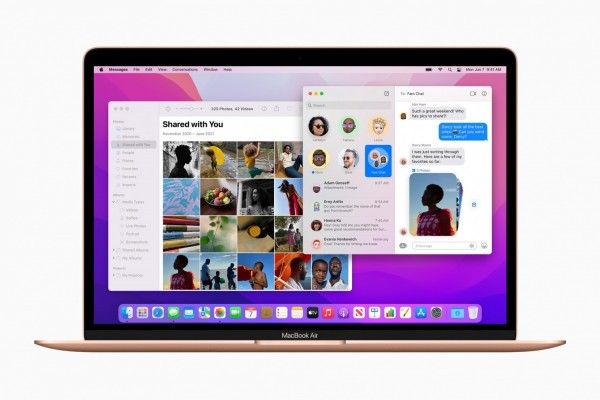 Apple has brought a lot of features that it has discussed on macOS 12 Monterey’s showcase in the WWDC 2021, and it has given developers a lot of understanding for the next-gen system. What it also brought is a massive idea for the public and enthusiasts, especially on what to expect of the computer once it releases the new OS.

The macOS is truly in a league of its own, and it encompasses a lot of Apple applications to support. This is significant for most iOS users, especially as having an iPhone and a Mac may help in the interconnectedness of both devices for one’s convenience. Not only that, the macOS 12 Monterey’s new features elevate it to be a more practical and functional device.

Features like Live Text, Shortcuts, new Maps functions, improved Messages, FaceTime, and Privacy are some of what the macOS Monterey has to offer. Truly it is a great time to experience this, especially as the Mac has evolved as more than just a computer, but more of a multi-function device.

Before users need to boot the Mac in a different light, one close to reinstalling the OS, to erase all of its settings. However, with macOS Monterey, it would have similar “Factory Reset” settings from the iPhone and iPad. This means that whenever a Mac slows down or is up for selling to others, users need only to go to settings and reset the Mac, and it would be good to go.

This feature is convenient and helpful in a lot of ways and would avoid the painstaking reinstallation of an operating system to make it function.