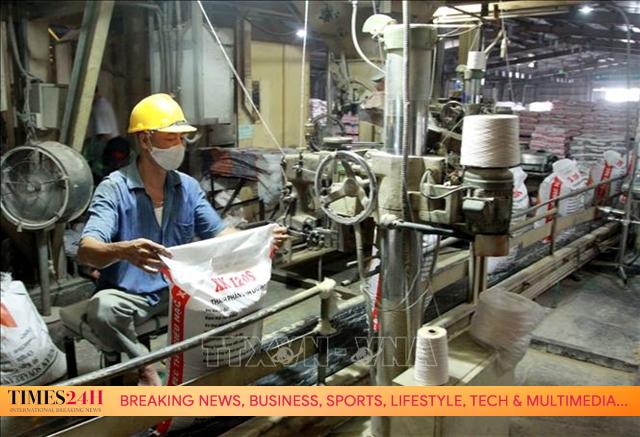 
HÀ NỘI — Việt Nam’s animal feed exports would likely touch the $1 billion mark in the near future as many large-scale enterprises in the field have continued to expand their production, trade experts have predicted.


The country’s livestock feed exports in December 2020 grew very robustly, reaching US$80 million, up to 55 per cent month-on-month and 10 per cent year-on-year, statistics from the General Department of Customs showed.


This sharp increase in December was fueled by a high growth rate in three leading markets of China, Cambodia, and the US at 84 per cent, 66 per cent and 69 per cent, respectively.


Thanks to such a significant growth seen in December, the country’s animal feed export turnover in 2020 reached over $800 million, up 17 per cent compared to 2019 with China, Cambodia and the US being the three largest consumption markets, accounting for over 10 per cent of the nation’s total export value.


Last year, Vietnamese exports of animal feed to China in 2020 topped $211.23 million, a yearly increase of 16 per cent, and making up for 26.4 per cent of the total turnover while the figure to Cambodia hit $122.3 million, increasing 23 per cent year-on-year or equivalent to 15.3 per cent of the proportion.


Meanwhile, exports to the US reached $114.5 million, up 125 per cent compared to 2019, accounting for 14.3 per cent of the proportion. This impressive growth rate demonstrated that Vietnamese animal feed could penetrate more and more into tough markets.


According to the Ministry of Industry and Trade, the country’s turnover in exports of such products to key markets increased in 2020 compared to the previous year.


Việt Nam is now home to 265 animal feed production businesses, of which 180 were domestically run. Although domestic enterprises outperformed in terms of quantity, foreign firms still led the way in terms of capacity and market share. — VNS