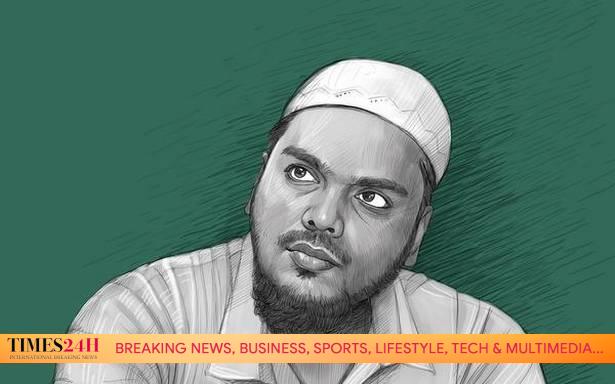 The world of professional religious preachers is more competitive than pious in which the charismatic ones flourish, and the lesser mortals fade. Abbas Siddiqui’s Islamic discourses in Bengali pulled in massive crowds in the Muslim localities of south Bengal for years. This year, he himself is a convert. From religious sermons, he has transitioned to political combat. His new outfit, ambitiously named as the Indian Secular Front (ISF), is potentially a political platform for Muslims, who constitute more than one-fourth of the population of West Bengal. As a partner of the Congress-Left alliance in the election, Mr. Abbas’s aim is clear — bring down Mamata Banerjee and emerge as a leader of his own standing.

He is the fourth generation descendant of Abu Bakr Siddiqui, a religious reformer whose mazaar (mausoleum) at Furfura Sharif in Hooghly district attracts millions of Bengali speaking Muslims from West Bengal, Assam and Bangladesh every year. The pir founded charitable institutes and also encouraged female education. He died in 1939, and his five sons inherited the reverence that he commanded among the followers. The followers believe he was the 31st descendant of the first Caliph, who had the same name, says Maidul Islam, Assistant Professor at Centre for Studies in Social Sciences, Kolkata. Of all the current descendants — pirzada as they are called — Mr. Abbas emerged as the most popular.

At 35, he has spent nearly two decades as a public speaker, in the age of Internet and social media. His sermons at jalsas — local congregations of Muslims — widely circulate on digital platforms. “Public speaking comes naturally to him. He has a rustic communication style, and draws imageries that people easily associate with,” said Sabir Ahamed, National Research Coordinator at Pratichi Institute in Kolkata, who has interacted with the cleric. He travels around the catchment area of the sect, which is now restricted to south Bengal and parts of Assam. Communication with Bangladesh is now restricted.

Popular his speeches are, but they don’t sit well with the word ‘secular’ in his party’s title. During the Delhi riots of 2020, Mr. Abbas prayed that Allah sends a virus so that “10 to 20 to 50 crore people die in India”. He said Trinamool Congress MP Nusrat Jahan was “one who earns showing her body” and suggested that she should be tied to a tree and beaten up. He lauded the killers of a schoolteacher who had drawn a picture of Prophet Mohammad in France. He apologised for all the statements later, but his explanations have at times been no less incendiary.

For instance, explaining his position on his statement about beating up Ms. Jahan, Mr. Abbas said in a recent interview that he would sanction it only under law.

He has pleaded that all his speeches before the launch of the ISF in January be considered redundant, but his political opponents are not obliging. The Trinamool and the BJP accuse the Congress-Left combine of sheltering and nurturing a dangerous communalist; the urban intellectuals of West Bengal lament the fall of political standards in the State. While the Left Front defends Mr. Abbas as a reformed leader with a progressive outlook, the Congress is finding it difficult to fit him in. His entry into politics queered the pitch in West Bengal for Asaduddin Owaisi, who has been trying to expand his Hyderabab-based party AIMIM to Muslim pockets in other States. Mr. Owaisi had to abort his plans for the State. His appeal would have restricted only to the Urdu-speaking Muslims.

Mr. Abbas disclaims any Muslim exclusivity of the ISF and claims that the party is a platform for all the dispossessed and the disadvantaged. His brother Naushad Siddiqui is the chairman of the party and Simal Soren, a tribal leader, is the president. The party has fielded several Hindu candidates, from across castes. “It is a spurious claim that the ISF is not communal. Regardless of all this façade,” says Prasenjit Bose, an economist and political analyst. Mr. Abbas also accuses Chief Minister Mamata Banerjee of playing Muslim communal politics. He believes her schemes such as allowances for clerics damaged the community’s interests and created a divided between them and Hindus.

The pirzadas of Furfura Sharif were not distant from politics — they supported the national movement and opposed Partition — but were sceptical of direct involvement. In the rift between the Left Front and the peasant communities of West Bengal around 15 years ago was the occasion for a rethink. The Bengali-speaking Muslims are peasants, while the Urdu-speaking ones are largely urban, in West Bengal. It was Ms. Banerjee who drew out Toha Siddiqui, an uncle of Mr. Abbas, in her coalition against the Left Front. Mr. Toha became a fierce critic of the Left and a supporter of Ms. Banerjee. The Left Front, meanwhile, cultivated Mr. Abbas.

“There is now chasm in the family and one cannot be sure how this will play out. The religious appeal may not easily convert to political appeal for Abbas,” says Mr. Islam. The followers of the sect are not sure about supporting him in the political field. “Bhaijan (as he is called) should have stayed away from politics. In Bihar, the split in Muslim votes contributed to the victory of the BJP last year,” said Sheikh Mujibur Rehman, a shopkeeper in Bhangore in South 24 Parganas, a stronghold of the Furfura Sharif.