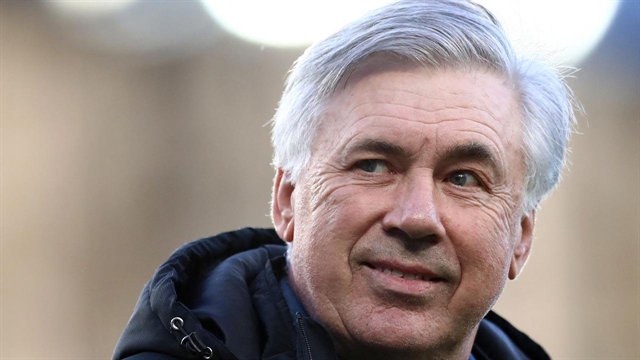 
There’s an expression I’ve heard a lot that is often, if not always, directed at me. It usually comes in hushed tones after I introduce a girlfriend or a date to someone I know.


“He’s punching above his weight,” I can hear being muttered.


The origins of this expression need no explaining. They are pretty obvious. But having never stepped foot in a boxing ring in anger, the phrase when uttered about me is simply pointing out the gulf in class between an attractive woman and the overweight, work-obsessed, drinks and smokes too much, burnt-out journalist she is with. I’m not the best of catches.


However considering my skin would make that of a rhino look virtually translucent, I don’t particularly lose any sleep over the comment.


Everton’s fans, in my opinion, have been punching above their weight for quite some time.


I was completely knocked off my feet when Carlo Ancelotti was appointed manager at Goodison Park in December 2019.


I wasn’t alone. I know plenty of die-hard Evertonians who were pinching themselves just to make sure they were not dreaming when he took the job.


This is a man who had enjoyed successful spells at some of Europe’s elite clubs.


I find it difficult to feel sorry for Evertonians – having lived in Liverpool most of my life supporting the team in red, it’s obvious why.


But with a first-class manager, an owner willing to invest, and a really smart new stadium in the works, things were looking up for Evertonians.


Don’t forget they even beat Liverpool last season for the first time in God only knows when.


So for Everton fans, it must have been a blow that felt like a left hook from a heavyweight boxer to the chin of a featherweight when Carlo quit this week to take up the vacant position at Real Madrid, a team he managed six years ago.


It now begs the question who will be Everton’s next manager?


I saw one name suggested that made me check the calendar to make sure it wasn’t April Fool’s Day, and that was Steven Gerrard.


No way. There’s more chance of the late, great, Howard Kendall coming back from the dead than Gerrard taking the job.


Brendan Rodgers’ name has also been mentioned, but again, sorry Everton, I doubt he is going to leave FA Cup-winning Leicester to move back to Merseyside.


But there was one name thrown into the hat that did make me stop and think a little. And that was Rafa Benitez.


Sure, a Liverpool legend in days gone by, but I really think the Spaniard might be tempted to move to Everton.


He still has a house in the area, he won’t be offered the Liverpool job again anytime soon, and he has had no problem in the past managing one of his former club’s biggest rivals when he took charge at Chelsea. With success, I might add.


So while Everton fans may well be suffering right about now, I wouldn’t feel too downhearted. It may well be arrivederci Ancellotti, but may well be bienvenidos Benitez before too long. VNS