Twitter has long prided itself for being a free social media platform. But with their recent announcement, you’ll have to think REALLY hard about your next Tweet, or you’ll have to fork over some cash. Literally.

WCCFTech reports that Twitter is now going to charge users $3 to undo any Tweet they might not like as part of a new subscription plan they call Twitter Blue. Free users will be locked out of all the site’s functions unless they pay $2.99 a month. Those functions include undoing an already-sent Tweet. 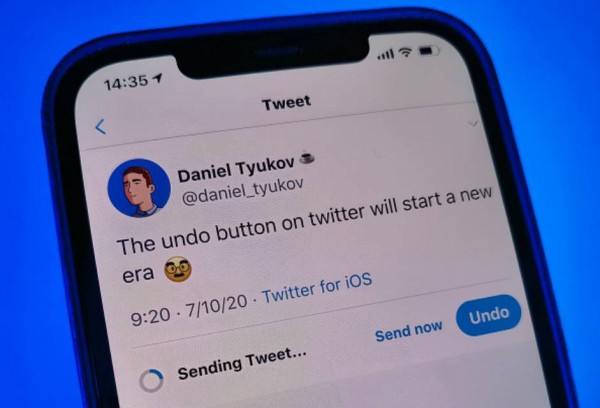 (Photo : Christoph Dernbach/dpa)
03 June 2021, Berlin: Twitter Blue, the platform’s first subscription offering, on an iPhone 12. Launching in Australia and Canada on June 3, 2021, the offering offers users several additional features. These include Undo Tweet, a solution for typos and forgotten taggings.

Twitter clarified, however, that the “undo” functionality is not the same as an “edit” button. What this means is that users will have a specified amount of time to undo a sent Tweet. When that period passes, they’ll lose the undo option, according to BusinessInsider.

This new Twitter subscription plan has been rumored for a while now, too. However, late last month, Engadget reported that the function was added early to the Apple App Store listing, which might’ve confirmed things a little too early for Twitter’s liking.

Either way, the new subscription plan is now active in Canada and Australia, with the official US release planned a little bit later this year.

A lot of users have been clamoring for the social media giant to give them a proper “edit” button for years. People might think that, given the quick and easy nature of posting on the platform, they might need an option to go back and rethink what they send, which is fair.

Twitter themselves responded with a Tweet of their own (a very meta way to do so), saying that they’ll launch the edit function on one condition: if everybody does their due pandemic diligence and wears a mask. That’s a fair enough demand, but not really the answer a lot of users were hoping for. And that Tweet was sent last year.

This year, Twitter is STILL not giving users a proper edit button. What they came up with instead is a monthly Twitter subscription plan, which is something they’ve been planning for some time now.

(Photo : Omar Marques/SOPA Images/LightRocket via Getty Images)
POLAND – 2021/06/02: In this photo illustration a Twitter logo is displayed on a smartphone with stock market percentages in the background.

Back in 2020, again, there were rumors of a Twitter subscription plan being in the works. The company indirectly hinted at this in a job posting, which stated that they were looking for an engineer with apparent experience implementing subscription features. Unfortunately, they then edited the job posting, writing instead that they were looking for an Android engineer and nothing more.

But then again, what’s the point? With ‘Blue’ already launched, users see more than just the “undo” feature. They also have access to customization options, which allow them to install themes onto their profile and even change the way the app’s icon looks on their devices. Aside from that, subscribers also get priority customer support.

If you use Twitter a lot for work purposes, then maybe you should get ‘Blue.’ Otherwise, it’s not really a smart option to pay $3 a month for a social media platform, no matter how small the amount might seem.

Related: Twitter Verification Pauses New Applications from Users Due to Submissions-What Does it Take to Get It?