Today kicks off the 31st SEA Games, the highly anticipated sporting event that promotes the development of Vietnam’s economy and is highly appreciated by countries in the region.

The 31st SEA Games, a sports festival with the aim of connecting Southeast Asian countries, was officially opened at My Dinh National Stadium on May 12 at 8 p.m.

True to the slogan “For a stronger Southeast Asia”, it impressed countries in the region and the international community before the opening of the 31st SEA Games.

Due to the impact of the global Covid-19 pandemic, the 31st SEA Games had to take place half a year later than originally planned when Vietnam hosted.

However, this change did not have too much of an impact on Congress. Vietnam 2021, the international name of these SEA Games, remains the same as the major tournaments UEFA Euro 2020, Olympic Tokyo 2020, or more recently the AFF Suzuki Cup 2020. 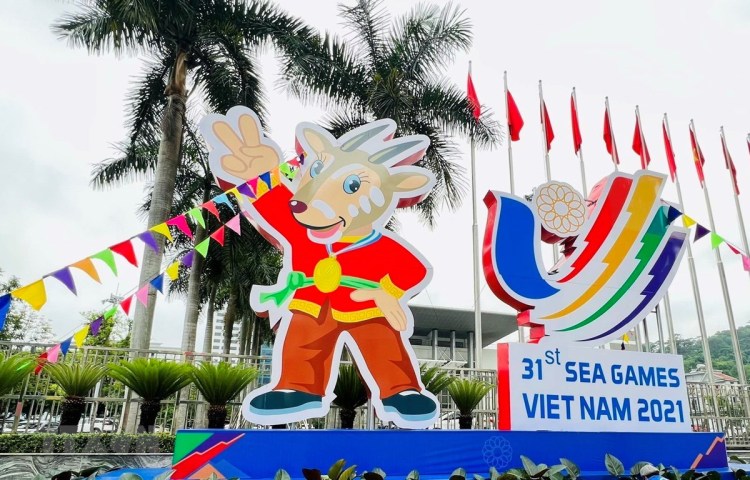 The lively atmosphere of SEA Games is not only in the locations that attract a lot of attention from the international media.

On the evening of May 11, 16,100 spectators gathered at Cam Pha Stadium to watch the Vietnamese women upriver beat the Philippine women in Group A women’s football. This is a number that many big events can only dream of.

In men’s football, not only the Viet Tri Stadium (Phu Tho) was attended by the host nation U23 Vietnam, but also the Thien Truong Stadium (Nam Dinh) made the teams of Group B very enthusiastic due to the enthusiasm of the crowd.

U23 Thailand is feeling excited to join Thien Truong. Malaysian media thanked Nam Dinh fans for enthusing their U23 team to beat their Thai opponent in the opening match.

The protocols of Covid-19 are relaxed, athletes and fans enjoy real sports quality.

Sport connects society and stimulates economic development. Many countries have made great progress, the milestones of which are successful conventions.

Japan made a spectacular socio-economic breakthrough after World War II when it hosted the 1964 Olympics.

In 1988, Seoul hosted the Summer Olympics with 159 participating countries, the most at the time. This event contributes to the promotion of Korea as a leading industrial country in the world.

The SEA Games are of course not comparable to the Olympic Games. However, the Southeast Asian Games still have a major impact on the ASEAN community.

This is the second time Vietnam has hosted the festival. 19 years ago, the 22nd SEA Games brought great success to the country.

At the 22nd SEA Games, Vietnam was not only first in the number of medals as a host, but also recognized by the world as an economic leap.

According to statistics, the growth of the national income of our country in 2005 – two years after the Congress – increased by 7%. This number helps Vietnam join the group of fastest growing economies in the world.

Thailand has made the most of its SEA Games hosts to develop many social aspects over the past 60 years, especially tourism.

Many Southeast Asian experts believe that the 31st SEA Games will help Vietnam take a strong step after Covid-19, with an estimated GDP growth of 6.5%.

Regional fans used to think that the SEA Games were interrupted by countries that had to stretch for the fight against Covid-19. The fact that the 31st Congress was postponed for only half a year is a great success for the government of Vietnam.

“We must thank the Vietnamese government for its persistence in organizing the Games despite many obstacles, especially Covid-19. As a result, the most important sports festival in the region was not interrupted.” The Thai Rath newspaper noted.

“We wish Vietnam again good luck with the SEA Games,” Thai Rath and many media outlets in the region left a message before the opening.

Many professional athletes, who have carefully prepared for years and dreamed of the SEA Games, expressed their happiness when the event was held. They all have the same voice: “Thank you Vietnam!”.