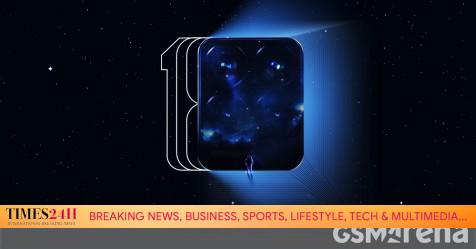 Less than five months after announcing his Realme 7 brand, CEO Madhav Sheth started teasing his successor – the Realme 8. The news comes from a pair of tweets from the executive that describe a # InfiniteLeapWith8 and more interesting a 108MP camera. We don’t get any further details on the new Realme 8 series, although it’s safe to assume that this will be the first Realme smartphone with a 108MP sensor.

The work never stops at #true me. I’m already working on # InfiniteLeapWith8!

RT and respond with what you think it is. pic.twitter.com/RmJiCocTgf

Based on rumors circulating, the Realme 8 will be powered by MediaTek’s Dimensity 720 paired with 8 GB of RAM. The phone is also expected to offer a high refresh rate screen and is expected to boot Android 11 with Realme UI 2.0 on top. If we want to go through the Realme 7 series from last year, we can expect a Realme 8 accompanied by a Pro variant.

A big breakthrough to come!

We’ll be on the lookout for more clues regarding the Realme 8 series, so stay tuned.