From May 20 to 24, athletes will participate in the National Paragliding Club Championships in the sky of Ly Son Island (Quang Ngai).

On May 10, Mr Nguyen Tien Dung, director of the Quang Ngai Department of Culture, Sports and Tourism, said that the General Department of Physical Training and Sports will organize the second national paragliding club championship in Ly Son Island in 2022.

According to Mr. Dung, the National Paragliding Club Championships will be held on May 20-24 at Ly Son Island District, home of the Hoang Sa Squadron. Currently there are 5 teams with 50 athletes registered to participate in the tournament.

The take-off site is located at an altitude of 170 m above sea level, on the top of the millions of years old Thoi Loi mountain on Ly Son Island and the expected landing area is about 500 m2. 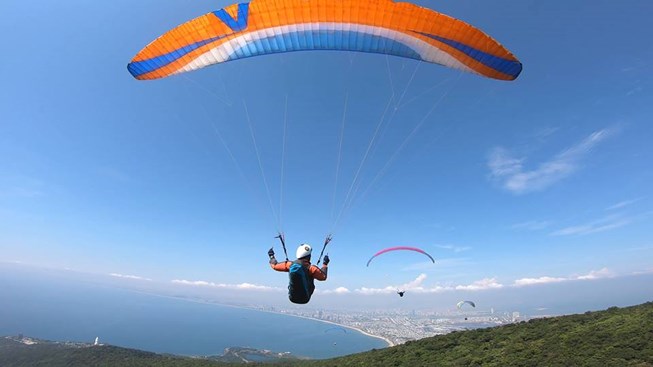 This is considered one of the ideal destinations to host national paragliding tournaments, attracting domestic and foreign paraglider pilots to explore and experience.

Athletes participating in the tournament must have physical insurance, accident insurance and fully equipped life jackets before take-off.

In June 2019, in the island district of Ly Son, there was also the first international paragliding tournament, with the participation of more than 100 athletes from 10 countries such as Japan, Korea, Thailand, Indonesia, Singapore, UK, Malaysia, Laos, Vietnam …