She has never worked as a news journalist or entertainment journalist. None of them pleases the rebellious heart of Ngo Hong Nhung who loves to write about technology, automobiles, appliances.

She walked in with a modest outfit and a casual appearance. Then she decided to have a glass of passion fruit juice. I imagined that she was such a moderate person; I mean she must be a knowledgeable journalist, though it is hard to assume things from the way she dresses. And after sitting with her and sharing her career stories in the next 30 minutes inside such a cozy coffee shop name Wayne’s coffee, Ngo Hong Nhung proved to me why she became a part of TechTimes Editors’ Choice 2020 advisors.

It is not about her gender or her appearance.

The reason she became a judge of TechTimes Editors’ Choice 2020 was all about her knowledge within the technology industry.

For a female journalist like Mrs. Ngo, choosing to work as a technology journalist is an encouraging choice. However, Nhung said that she loved to put on the table technology stories written by women and used them to change the mindset of users.

“I have characteristics alike to an alpha male. I like doing guys stuff like learning about technology and research about automobiles world,” Ngo said. 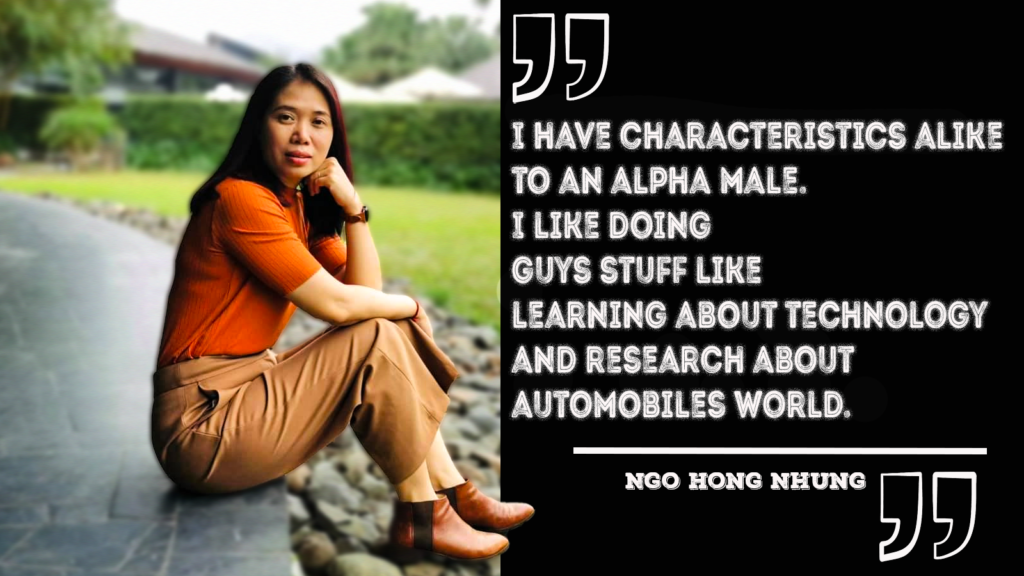 Ngo Hong Nhung started her journalistic journey as a reporter for an automobiles magazine which gave her the chance to step into the technology world.

“But senior writers suggested me that I should not use my real name in my articles. They said that readers and users of automobiles magazines won’t have trusted for female writers,” she said. “Fortunately, readers gradually accepted me, a female writer who writes about automobiles world.”

“When I became the editor-in-chief of Tech and Appliances, I thought about being an appliances writer in the first place. And I have worked in that field for 4 or 5 years with only one wish that could educate Vietnamese users and help them revolutionize their daily basis,” she added.

When I asked her about which the most important home appliances, Ngo said that she did not have the correct answer for it.

“It depends,” she said but then added. “If you have a small budget, you should invest in a good fridge and a good washing/drying machine. They can help you save a decent amount of time.”

Under the understandings of Ngo Hong Nhung, technology is a diverse world, and changes within this world happen regularly. Brands can produce up to 3 phones in a year from out of nowhere, and she believed that writers have to upgrade themselves daily.

“Photography and writing are important, but you need to update your knowledge as well. Studying consistently is important,” Mrs. Ngo said. “You need to keep yourself being upgraded without resting and it is the most important thing for a technology journalist.” 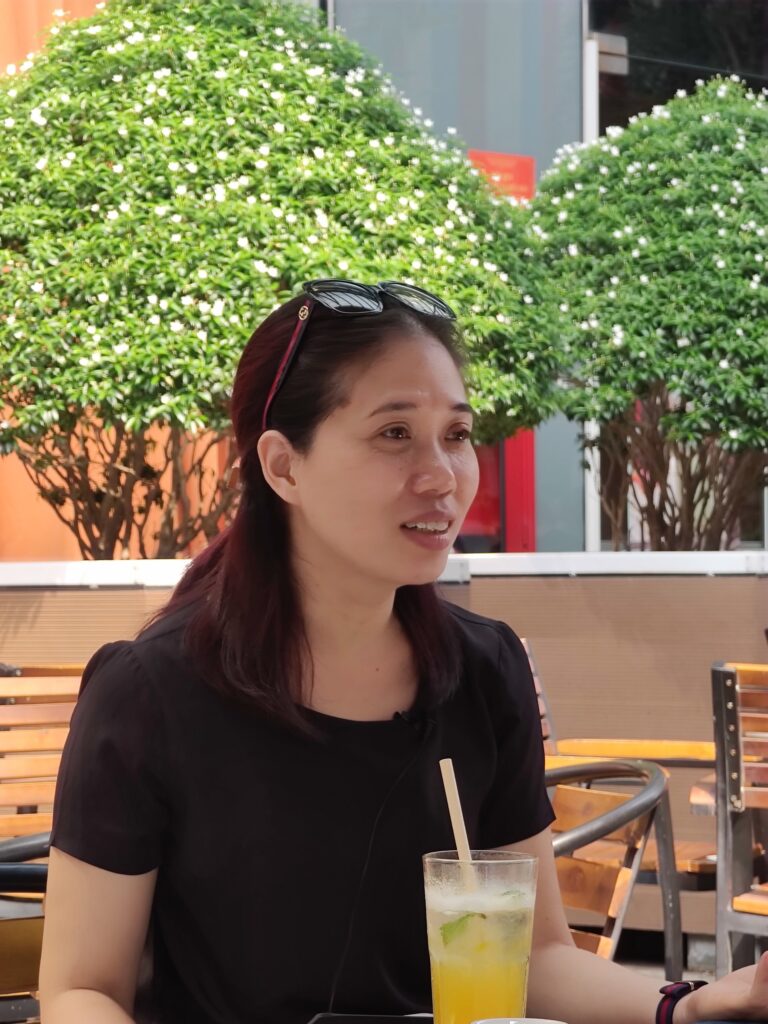 Mrs. Ngo suggested that consumers should buy a washing machine or a good fridge at the first place. Photo: TechTimes

Besides giving advice about technology, the editor of Tech and Appliances magazine also gave her thoughts about the award of TechTimes. As a judge of TechTimes Editors’ Choice 2020, she said that it was an honor and Nhung wished that she could observe some difference from the young team of TechTimes.

“I hoped that with a young team, TechTimes can introduce to the competition new judging qualities and create a wonderful award for Technology world,” she said with a bright smile.

Having been the judge of several awards, Ngo Hong Nhung confessed that she loved to work with youngsters and learn from them something.

With a bright smile, she then added.

“Youngsters have a different mindset about technology than me who belongs to the older generation. I have different thoughts about things, and maybe, these opinions are old opinions, I don’t know. But youngsters definitely have a different mindset. And I believe TechTimes will do well even though it is their first time holding such a big award ceremony like Editors’ Choice.”

Mrs. Ngo admitted that she was lucky for not suffering against any generalized assumption.

As a female writer, it is harder to survive within the technology world, but Ngo said that she was a rebellious person.

Being a technology reporter, editor, and writer for more than 20 years, she confessed that her wish was to help Vietnamese women escape the social stereotypes put into them.

Vietnamese women often stuck between the stereotypes of being a family women but then, at the same time, they have to be a social women as well.

Her mindset is to write about technology and educate users about the importance of technology in terms of solving the daily tasks for women.

“My only wish is to rescue Vietnamese women from their own kitchens and give them a chance to enjoy their houseworks,” Mrs. Ngo said. “Personally, I am a wife and a mother, and I love to use technology so that I can spend more times with my family.

When I asked about the disadvantage of technology such as power outrage, she laughed and joked that she knew how to solve things out.

“I think it is not disadvantage at all. When power is outranged, we can eat out and enjoy dinner in warm and cozy atmosphere. Power outrage is not the reason that we should deny the usage of technology,” Ngo added.

Her wise mind impressed me more when we started a discussion about personal computers and tablets. 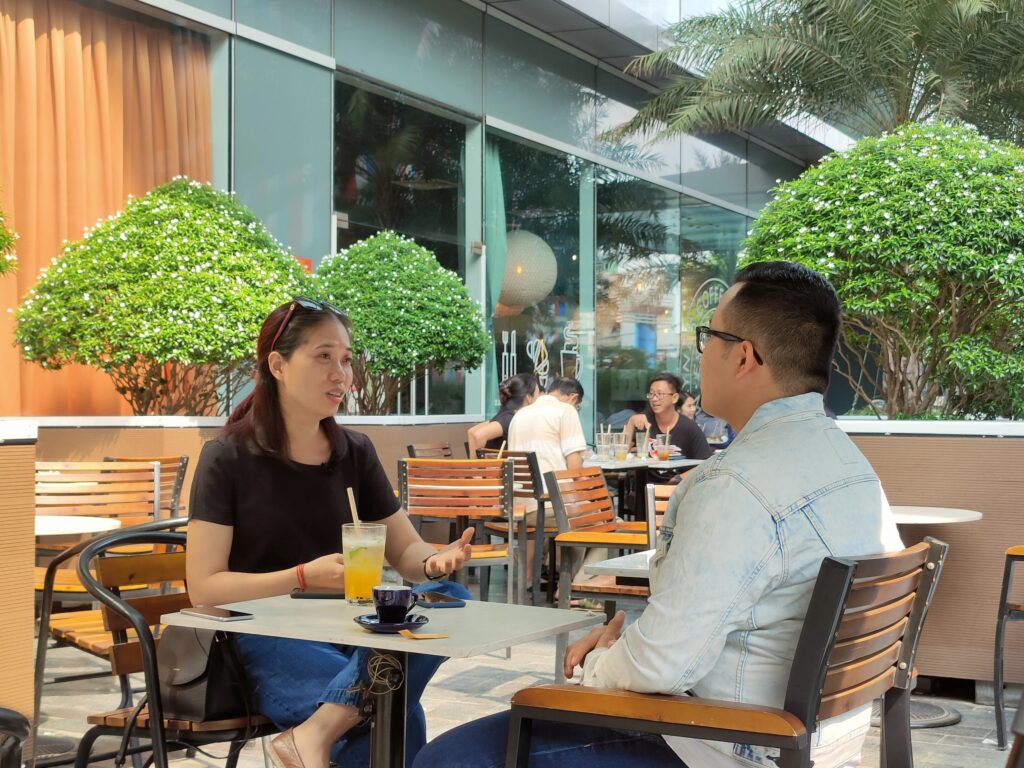 We then ended the interview with a warm thank you and good words to each other. Photo: TechTimes

It is controversial if PC or tablets are more developing at this moment, but Mrs. Ngo had an answer for sure.

“Everyone thinks that PC is over. It is prehistoric thing to mention. But when the global pandemic exploded, it came back. And so I think, even if tablets and smart phones to some extent are more developing right now, PC will be to catch them, probably in 3 or 5 yearr,” Ngo said.

That answer convinced me absolutely.

Everyone thought that PC could have died, but when COVID-19 arrived, the need of a PC is essential. Ngo Hong Nhung said that we would see more of revolution on PC in the next 3-5 years, but not now.

“In future, smart home will develop and it will be a good chance for a development of PC,” Ngo said.

In the end of the conversation, she gave some prediction about the trend of 2021 technology and express her passion for the TechTimes Editors’ Choice 2020 award. She then finished the talk with a bright smile, said thank you to me and my whole team.

Then we continued to talk about our job and our future plans though the camera was closed and the recorder was turned off. The journalistic task was accomplished, but a new relationship has just begun.