Indonesia has announced it will ban the export of cooking oil

The current shortage of cooking oil makes the world hunger crisis worse than ever.

And in this “hot water” situation, Indonesia hurts more when it halts palm oil exports amid high inflation, severe weather and scarce supply. Two months after the February events in Eastern Europe that brought global trade in agricultural products to a halt, Indonesia announced it would ban the export of cooking oil amid local shortages and rising prices, fueling conservation efforts. households around the world.

Indonesia accounts for more than a third of global vegetable oil exports, with India and China, the two most populous countries, among the largest buyers of oil.

Indonesia is the world’s largest producer of palm oil, the most widely consumed edible oil in the world.

The Southeast Asian nation’s announcement of the ban in April sent the price of US oil futures linked to soybean oil, an alternative to palm oil, to a record high for a second day. three in a row.

In the UK, some supermarkets restrict the purchase of cooking oils such as sunflower, olive and canola oils.

Russia’s move in February has thrown the sunflower oil market into chaos and is putting pressure on stocks of other vegetable oils used in food, biofuels and personal care products.

Weather uncertainties around the world also drove the world’s largest cooking oil producers out of fear of shortages.

Soy production in South America – the world’s largest producer – has plummeted due to the drought.

Limited supplies and rising prices could exacerbate inflation for foods like salad dressings and mayonnaise in major economies like the United States. Meanwhile, developing countries like India will be hit the hardest.

Because they depend on imported palm oil, which is cheaper than soybean oil, sunflower oil and more expensive rapeseed oil.

Atul Chaturvedi, chairman of the Solvent Extraction Association and Edible Oil Trade Group of India, said: “We are extremely shocked by Indonesia’s decision and did not expect such a ban.”

Rising food costs have also sparked the biggest controversy in a decade over the use of farmland for fuel production.

Price changes can lead to social unrest, especially in India, according to Brice Dunlop, an expert at Fitch Solutions. “India has had many riots related to food shortages, while vegetable oil is a main ingredient in many dishes here,” he warned.

Tensions between food and fuel are also rising in other regions, including Indonesia.

According to Tosin Jack, director of raw materials market research at Mintec, the world’s largest provider of global raw material price data in the UK, Indonesia’s latest decision is sure to make matters worse. Food inflation is already at a record high.

For manufacturers of packaged goods such as potato chips, Indonesia’s move is making them even more miserable. 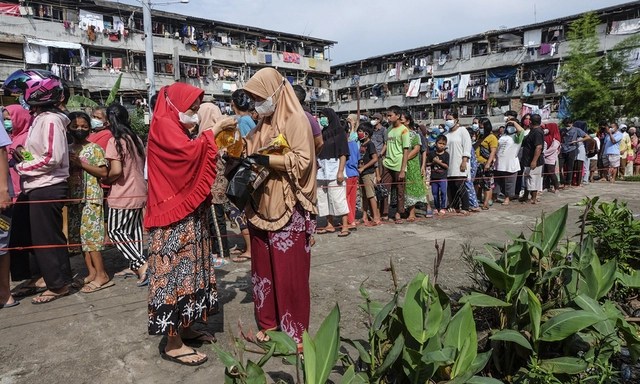 In addition to Indonesia, other governments are also participating.

They limit exports, control prices and prevent hoarding. However, these moves failed to prevent prices from rising, forcing consumers to economize.

The price of U.S. soybean oil has nearly doubled since early 2021, due in part to increased demand for the feedstock used to produce biofuels. Prices then rose to record highs after the February events in Eastern Europe, which disrupted sunflower oil supplies and fueled demand for substitutes.

Canadian canola oil climbed to a record high last year when a devastating drought caused crops across the North American prairies to shrink.

“Despite record high prices, demand for vegetable oils remains strong, as vegetable oils are an essential part of the economy,” said John Baize, an independent analyst and consultant for U.S. soybeans. diet in all countries and especially in countries like India, Pakistan, Bangladesh”.

Now, the ban in Indonesia has even raised concerns about food shortages and rising prices in the country. Because other countries can also take similar steps if the crisis situation in the world continues.

“We could see a few other products on the list of export bans,” says Rabobank expert Mera. “This could exacerbate the concerns.”