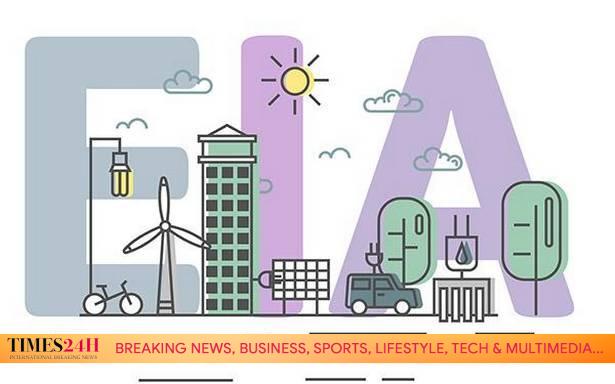 People in remote areas are “our citizens” who need to be heard and may not understand the draft if published only in English and Hindi, the court had said.

The Centre told the Delhi High Court on Friday that its views on translating the draft Environment Impact Assessment (EIA) in all 22 languages in the Eight Schedule of the Constitution was being given “thoughtful consideration” and some more time will be required to arrive at a decision.

The submission was made before a bench of Chief Justice D.N. Patel and Justice Prateek Jalan by Additional Solicitor General Chetan Sharma, pursuant to which the court listed the matter for further hearing on April 30.

The high court on February 25 had observed that its view that the draft EIA be translated in all 22 languages should not be taken so “combatively” by the central government.

People in remote areas are “our citizens” who need to be heard and may not understand the draft if published only in English and Hindi, the court had said to the Environment Ministry which has been against translating the draft EIA in the vernacular languages.

The bench said it would be easy for the government to get the draft EIA published in all the languages and suggested that it can be ordered in the peculiar facts of the instant case i.e it would not be considered as a precedent.

It had asked ASG Chetan Sharma to come with instructions on the next date of hearing, March 26, on whether the draft EIA can be translated in all the 22 languages for a better consultative process.

On the last date of hearing on February 25, ASG Sharma, during the hearing, told the bench that translation in all 22 languages posed various administrative difficulties and the translations may not conform to the actual content of the draft EIA.

He had also assured the bench that the government was not being combative with regard to the court’s view.

He had further said that over 20 lakh responses have been received with regard to the draft EIA and therefore, it cannot be said that the consultative process or participation by stakeholders was skewed.

The bench was hearing the government’s plea seeking review of its June 30, 2020 direction to the Environment Ministry to translate the draft EIA notification in all the 22 languages within 10 days of the order and had also extended till August 11, 2020 the time for receiving remarks from the public.

The order had come on a PIL by environmental conservationist Vikrant Tongad, represented by senior advocate Gopal Sankaranarayana, seeking publication of the notification in all vernacular languages and also extension of the time to receive public comments on it.

The order was initially challenged by the ministry in the Supreme Court which allowed the government to withdraw its appeal and instead file a review before the high court.

The apex court also put on hold the proceedings in the contempt plea filed by Tongad for non-compliance of the June 30, 2020 direction.

Subsequently, the ministry filed a plea seeking review of the June 30 order on grounds that official documents are required to be published only in Hindi and English. Sankaranarayanan, had on January 27, told the court that while the draft has been translated in all the languages by the government, it was not publishing the same and wanted to argue on whether such translations was required under the law.

The draft EIA 2020, according to Tongad’s plea, provides for post facto approval of projects and does away with public consultation in some cases.

The petition by Tongad had claimed that the draft EIA 2020 completely supersedes and replaces the existing environmental norms.

“This draft notification proposes significant changes to the existing regime, including removing public consultation entirely in certain instances, reducing the time for public consultation from 45 days to 40 days, and allowing post facto approvals for projects,” it had said.