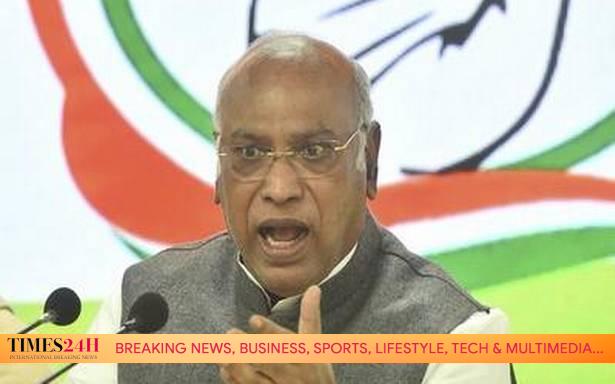 The signs on the ground indicate the Congress is heading for a landslide victory in Assam, senior party leader and Rajya Sabha member Mallikarjun Kharge said on Saturday.

Elections were held across 47 of Assam’s 126 Assembly seats in the first phase on Saturday. Tea plantation workers, a majority of whom shifted loyalty from the Congress to the Bharatiya Janata Party in 2016, will be the deciding factor in 38 of these seats.

“The first phase of polling has given clear signs of a landslide victory for the Congress in Assam. The guarantees of our party have visibly stumped the BJP on the ground,” Mr. Kharge told journalists.

The State Congress claimed that its five guarantees would be the “game changer” in the Assembly elections this time.

The guarantees include nullifying the Citizenship (Amendment) Act and raising the daily wage of tea plantation workers to ₹365. The current wage is ₹193 after the tea companies decided to add ₹26 to the ₹167 the plantation workers were being paid for three years.

“We have received an overwhelming response from the people across all ages and geographies towards the vision and the willpower that we have presented through the five guarantees,” Mr. Kharge said.

All India Congress Committee spokesperson Gaurav Vallabh said the BJP had “acceded defeat” before two more rounds of polling are to be held in Assam. “The BJP has, throughout its campaign, tried to run away from questions related to its performance in the last five years,” he said.